Skip to content
Stay Healthy Springfield > dental > Who Is The Doc That Rocks?

Many of you have probably heard the My Dentist commercials on 104.7 The Cave and wondered where the nickname “DOC THAT ROCKS” came from.

When I first met Doctor Melson, I wanted to put him in the same “round” advertising hole that all the other [round] dentist pegs fit into…talking to the moms- the one’s who generally make the medical and dental decisions in the household. After getting to know him a little bit, I realized that he’s not a round peg- he’s a square peg that I was trying to force into that round hole.

Mark Melson has something very unique about him- he has a crazy love for Classic Rock!

Either he has seen (practically) every band in concert, or he knows a story about them. Stories that someone like me (three years ago) would’ve called “useless knowledge,” or at the very least, for entertainment purposes only… or maybe only good for a Trivial Pursuit partner on game night. What happened next had an identity-altering positive impact on the Doc and on his business, My Dentist. I decided to take the “useless” knowledge and love for rock and make it just that- an identity for him. Something to set him apart from the other practices in the Springfield area. Instead of marketing to the moms, we decided to target the dad, and the grandads! Why couldn’t we have a successful marketing campaign on a Classic Rock station? The fact that it was out of the norm, just meant it made that much more sense. A completely untapped market, and a perfect fit for such a classic rock fan!

According to Dr Melson, hardly a day goes by that he isn’t asked if he is, “THE DOC THAT ROCKS?’” The perfect ice breaker for the clients, men and women, who come in and get their smiles worked on- they share stories, theories and even laughs about legends like Steven Tyler, Axle Rose and The Eagles. So if you’re ever looking for something extraordinary in a dental experience, you need to try Dr Melson. Not your typical dentist visit, something you’re surprisingly looking forward to. 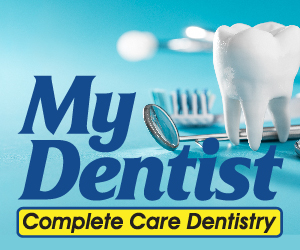